On Thursday, September 10th, 5pm, join us at the Foundation for Southern Tier Libraries online Annual Meeting.  We will be hearing from recipients of the exciting grant projects carried out in 2019, as well as those receiving grant awards that have awarded this summer.  It would be great to have you join in.

We will be using Gotomeeting software.  You will be able to dial in using a computer with a speaker and camera, or by using a smart phone.

The 2019 grants were announced Grant Awards as he presented checks to attending libraries: 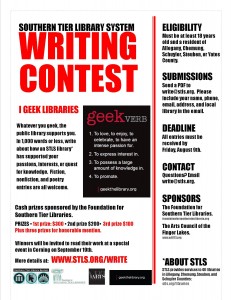